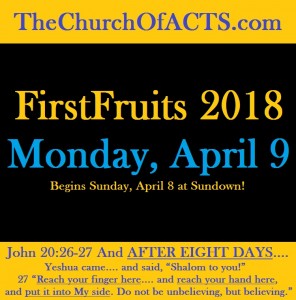 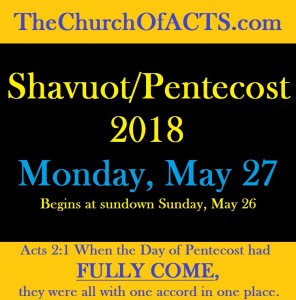 We walked through the darkness into the shadows and slowly descended down the sea floor as at first people kept looking at the water on both sides and it seemed very far away but the lower we went the more we looked up to see the water.  After a while the descent grew steeper so everyone stayed close and held hands to make sure the small children felt safe.  It was like hiking down the side of mountains as told to us by travelers who came through Egypt.  We had never seen mountains but heard many stories.

We reached the bottom and walked a while and the water seemed as if it were 600 or 700 cubits higher than us.  It was massive and no one could see the force that held the water vertical.  The water was not calm and looked ferocious but we did not feel any fear, which seemed very strange.

After a while we began walking uphill and fairly steeply.  The animals were not quiet now as they seemed like normal when out in the fields grazing and did not hesitate to make happy, playful sounds unlike how they were on the beach when Moses spoke.

I wondered about Moses and how in the world he had access to this God we were witnessing.  How do you know what to do and when and access such power to perform plagues and divide the sea?  How does he seem to know what is going to happen well in advance of it happening?

Moses seemed driven even to the most industrious of us.  He seemed to be focused on far more than the present.  We felt a little bit like cattle being herded and prodded into this way of that way.  But when you got a chance to talk with him if he was sitting down resting and not thinking about what was next then he was the friendliest sort of guy anyone ever met, especially with the children.  He would play with the children for hours and I think he missed his children but he did not say.  He seemed like one person on minute and another person just as soon as Aaron or one of the leaders or messengers came around with news from Pharaoh.

After many hours we reached the other side and waited a long while for the last of our people to finish crossing with Joshua.  We saw something happen with the pillar of fire on the other side of the sea but we were not sure what.  It looked like the pillar moved to the right and it was only a matter of minutes and we heard the unmistakable sound of horses hoofs and battle cries from blood thirsty Egyptians!

The pillar of fire grew even higher and within a few more minutes we could see some of the Egyptians at the bottom of the sea, then we saw more and more, it was a huge army in chariots and on horseback!  If was obvious they were coming up the hill on our side of the sea and would be here within minutes.  Some of the people started shouting at Moses, in great anger.  Moses turned and looked at them with a look of disgust and fire in his eyes and they all went silent.  They did not mind disrespecting him behind his back but when they were alone and around him they were quick to play up to him and try to gain favor.

It was almost light now but the mountains hid the sun behind us to the East and Moses did not say anything to the complainers and turned back to the sea, and the Egyptians.

Immediately, we could see chariots falling over and horses stumbling then many fallen soldiers began running in the opposite direction but we could not tell what was really happening.

It did not take the waters long at all to reach the Egyptians as water from both sides met near the middle and those Egyptians just disappeared way below the sea.

After several minutes the frothy sea returned to normal and it was as if nothing had ever happened that night.

Everyone stood totally silent for about a minute hardly believing what they had just seen.

Then cries of “it’s over, it’s over” began to be heard around the beach, then shouts, then shofars went off, and grown men were jumping up and down and hugging each other like little children.

Then reality set in and no sooner did the cheers stop that the crying began.  Grown men who were very hardnosed and tough as rocks were reduced to tears as a lifetime of slavery and its burden was suddenly released and they were not emotionally prepared for it and many were on the ground on all fours drenching the ground with their tears with their wives and children hugging them and hanging on as if afraid somehow they would lose their men and fathers to the emotions.  Everyone ended up crying that night.

Freedom was a brand new experience…

A life of slavery is a very hard life of uncertainty.  You never know when one of the men is not coming home because he was crushed by equipment or rocks or had been badly beaten of killed by the Egyptian task masters.  There were quite a number of widows and fatherless children in Israel.

But these emotions also soon passed and Moses spoke to us about YHVH and how we would serve Him and that we still had a long trip ahead of us but the road would be slower, unlike almost running from Egypt for 7 days.

Then Moses started singing a few words and asked us to repeat the words he sang.  He had a definite rhythm and melody and pretty soon some of the children started beating on pots and carts to make rhythmic sounds with the song.  People were soon lifting their hands in song and waving their lifted arms back and forth as Moses led the verses and we repeated them.

This went on for a couple of hours then Moses seemed to be at the end of the story and instructed everyone to prepare some animals for a nice dinner so all the older children followed by younger ones went into the hills to gather wood for fires and many also brought back berries and fruits.  A Great Feast of The People was had that day and lasted long into the night as many groups sang old songs from the days of Joseph, Jacob, Isaac, and Abraham.  Hundreds of stories were contained in those songs.

Then the women got up to dance and sang a short few words Miriam taught them over, and over, and over again while dancing until all the children had fallen asleep on the beach.

Before I lay down to go to sleep with my family, I saw Moses standing at the edge of the seashore looking back at Nuweibaa.

Well, he could stand there all night and the next day but I was going to sleep!

I lay for quite a while staring up at the bright stars and the half moon heading toward the West.  The stars were incredible that night, brighter than I had ever seen them in Egypt.

What did Moses mean by telling us we are firstfruits?  He didn’t explain that but I was out of eyesight…

My eyes closed and I had the best sleep ever in my life!