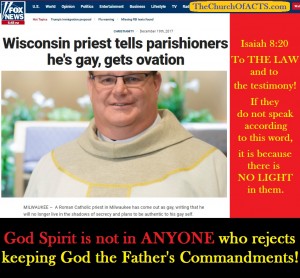 All the children of Israel left Egypt born again with God’s Spirit.  Isaiah 63.

Samson was born again and baptized with God’s Spirit and God’s Spirit left Samson when Samson betrayed his vow.  Judges 16:20

Saul was anointed King over Israel, was born again and baptized with God’s Spirit and prophesied but God’s Spirit left Saul when Saul regularly disobeyed Torah and specific directives from YHVH.

In John 3, Nicodemus comes to Yeshua/Jesus and asks how a man can be born again and Yeshua replies:

John 3:10  Yeshua answered and said to him, “Are you the teacher of Israel, and do not know these things?

The clear expectation from Yeshua was that Nicodemus should know the basic principles of how to be born again, if he is a teacher of Israel and reads THE LAW and The Prophets.  It is written in many, many places.

To be born again, a person must genuinely repent of their sins and become a disciple of YHVH and His Son to do all that they command him  thus and becoming fit to enter God’s Kingdom after The Judgment.

That was certainly YHVH’s expectation of all the Israelite’s and Gentiles who came out of Egypt.

That was certainly Yeshua’s expectation of all who follow him.  Matthew 10:25

No one can be born again unless they do those things.

The vast majority of Christianity has never even been born again!

We see Catholic Priests raping young boys, raping young girls, fathering children and abandoning them, and otherwise committing the vilest acts upon humanity the world has ever seen.  God’s Spirit was never in about 100% of Catholics.  Catholic theology does not teach to be born again, does not teach to obey God’s Commandments, and does not teach true repentance.  In short, pretty much everything God and His Son stand for, the Catholic Church stands against.

God’s Spirit does not stay in any born again believer who rejects keeping His Commandments.  It tells you this right in the parable of the sower and the seeds:

Matthew 13:5-7  Some fell on stony places, where they did not have much earth; and they immediately sprang up because they had no depth of earth. 6 But when the sun was up they were scorched, and because they had no root they withered away. 7 And some fell among thorns, and the thorns sprang up and choked them.

They sprang up to life (born again) but had no depth of earth and no root (keeping Torah).

Samson went from being Judge over Israel to a Philistine slave in a matter of minutes.  Samson betrayed his vow, and woke up thinking everything was fine and found out all his power was GONE.

The scripture says Samson did not even know God’s Spirit had left him:

20 And she said, “The Philistines are upon you, Samson!” So he awoke from his sleep, and said, “I will go out as before, at other times, and shake myself free!” But he did not know that YHVH had departed from him.

And most of those in Christianity who were born again have succumbed to false theologies that teach their followers not to obey YHVH God’s Commandments.

And it does not matter much to them that His Son told them salvation is determined by keeping the Sabbath and all THE LAW.  Matthew 19:17

Only those who seek YHVH with all their heart, soul, mind, and strength find Him and make their way out of the maze that is modern, theological Christianity.

How do we know for a fact that anyone who rejects keeping the Torah of YHVH God no longer has His Spirit in them?

Israel in the wilderness is our example of this phenomena:

Isaiah 63:10  But they rebelled and grieved His Holy Spirit;

Right there in that verse the Holy Spirit leaves the children of Israel.

How do I know?

He has to remove His Spirit from them then kill the rebellious , Torah-less-ness ones.

That’s why Paul says to work out your salvation with fear and trembling!

PS… Millions of modern Christians run around saying they have God’s Spirit in them.  They don’t and like Samson they don’t even know it.  You can easily tell who does and who does not.  If you share with them The Gospel of God’s LAW and they show an interest then they probably have not yet rejected keeping His LAW even though they are in false churches.  Remember carefully, you were probably in their shoes once, sought YHVH with all your heart, soul, mind, and strength and obeyed Revelation 18:4 and left The Harlot.  Like you, Samson repented.

And the ultimate proof:

24 Therefore, as the fire devours the stubble,
And the flame consumes the chaff,
So their root will be as rottenness,
And their blossom will ascend like dust;
Because they have rejected THE LAW of YHVH of hosts,
And despised the word of the Holy One of Israel.