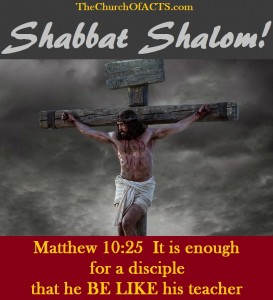 Luke 6:40  A disciple is not above his teacher, but everyone who is perfectly trained will be like his teacher.

Luke 5:11  So when they had brought their boats to land, they forsook all and followed Him

Matthew 10:38  And he who does not take his cross and follow after Me is not worthy of Me.

Luke 14:26  If anyone comes to Me and does not hate his father and mother, wife and children, brothers and sisters, yes, and his own life also, he cannot be My disciple.

Those are massively strong words from God’s Son!

The rest are simply liars who change times and laws, adding to and taking away from The Word, forever changing The Word to accommodate themselves and build their defiant empires to take the Kingdom of Heaven by force.  Or so they think and have been led to believe.

Luke 14:26  If anyone comes to Me and does not hate his father and mother, wife and children, brothers and sisters, yes, and his own life also, he cannot be My disciple.

Christian theologians have spent thousands of years trying to figure out the meaning of those words and how to fit them into their theologies and all of them fail miserably.

The only Way to understand those words is to simply apply John 1:14 and Deuteronomy 18:15-19 literally and know that Torah is The Way, The Truth, and The Life and YHVH God put His Torah into His Son exactly as those verses indicate He would.

Then it becomes an obvious path to hate all those around you that you otherwise love.  What you hate is what they do that is against and contrary to YHVH God’s Torah/Commandments.  YHVH God’s Torah is the narrow path that leads to salvation.  When people live against or contrary to YHVH’s God’s Commandments then they invalidate their quest for eternal life and salvation just like the Israelite’s in The Wilderness who disobeyed.  They did not believe or obey The Gospel which is THE LAW/Commandments of YHVH God, Hebrews 3:16 – Hebrews 4:2.

God’s Son makes it TOTALLY clear that if you do not forsake all and follow him and be his likeness/disciple then you are not worthy to enter his Father’s Kingdom.

And the only Way to understand this is to obey him and his Father and keep Torah, which is YHVH God’s Commandments which are the only commandments that exist and there are no others.

Christian theologians have led billions of Christians down the broad path to destruction by getting these simple facts wrong.

Those Christian theologians have created a Harlot that obeys sort of partially yet claims full access to the Kingdom.  They have created a Monster that adds to and takes away from God’s Word in all matters not giving glory to the Father.  Their time is coming to a destructive end.

You cannot follow and be a disciple of God’s Son if you do not do exactly what he did.

To accept living unlike God’s Son is to not be his disciple and not follow him.

Are you a true disciple of God’s Son or following some man-made theologies?

Do not allow yourself to be led astray by theologies of man.