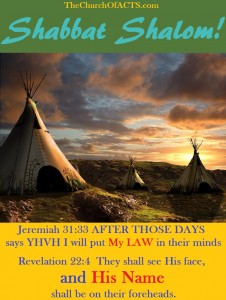 Sometimes, it takes people walking blindly along until they look carefully and the thing they fear the most is right upon them.

Then, frightened to the core, they scream.

Then, they go warn all the other people they can find…

Like a cobra in the jungle, as you walk along, then stop, and look carefully around you to see the head straight up and staring you down in the face, the reality of what and when the New Covenant is and when it happens has not sunk into people yet because it is concealed in the scriptures so very few can see it.

I am a King.  I have searched out the matter faithfully and it is laid bare before me…

Revelation 1:6  and has made us kings and priests to His God and Father, to Him be glory and dominion forever and ever. Amen.

But, for the chosen few, the set apart ones who will, like Joshua, not relent, not leave the tent of meeting, and choose to obey the Psalms 1:1-3 principles = for them and them alone all the power, glory, and dominion of YHVH God is laid out before them just like a great banquet table with its most choice delicacies.

If only they will eat:

Revelation 2:17  He who has an ear, let him hear what the Spirit says to the churches. To him who overcomes I will give some of the hidden manna to eat. And I will give him a white stone, and on the stone a new name written which no one knows except him who receives it.

Yes, those who overcome will be fed with the hidden manna in The Wilderness of Revelation 12 in just a few more days!  They will be nurtured by YHVH there… while those who did not overcome are outside for 1260 days +

There is The mature Woman in The Wilderness and then there are offspring outside…  The offspring chose not to mature just like foolish virgins.

Chrisitianity has 2.5 billion people falsely claiming they are in the New Covenant.

Most Torah Messianic’s falsely think they are in the New Covenant of Jeremiah and water it down to a mere “renewed covenant”.

A renewed covenant is pretty good, by the way, but it does not compare to the Glory of the New Covenant.

Romans 8:18  For I consider that the sufferings of this present time are not worthy to be compared with the glory which shall be revealed in us.

See?  It is all around you.  Concealed in so many scriptures…

Those Torah Messianic’s simply have not grasped the Glory of YHVH and what He alone is going to DO, yet…

When they do grasp what I have been saying to them for years now, they will scream and they will not stop.  When will they grasp?  Too late?

YHVH tells us right in Jeremiah 31:33 that sometime AFTER both Houses of Israel are reestablished in Israel that He will make His New Covenant.

And, as if that is not a dead giveaway, He tells us He will put THE LAW in our minds.

That is when His Glory is revealed in us…

And to top it off it is written right in Revelation 22 and no one seems to see it:

Revelation 22:4  They shall see His face, and His name shall be on their foreheads.

His Name, His LAW, His attributes, His Ways, His Word, His Commandments, His Statutes, His Ordinances, His Charge…

Everything about YHVH laid out right in front of us and most of us cannot even see it and go down wrong paths because of refusing to simply obey Psalms 1:1-3

Everything about YHVH laid out right in front of us for the taking and most of us have tied their hands behind their backs just like those in Exodus 20:18-19

A very close friend of mine said this:

Joshua 24:15  And if it seems evil to you to serve YHVH, choose for yourselves this day whom you will serve, whether the gods which your fathers served that were on the other side of the River, or the gods of the Amorites, in whose land you dwell. But as for me and my house, we will serve YHVH.